About Deep Focus Film Studies
What does a film mean to you?
Reading Films
​At Deep Focus Film Studies we are dedicated to understanding films. But surely that’s unnecessary? Can’t we all ‘read’ films already? Clearly, almost everyone can read a film. Most of us have no difficulty in grasping the basic content of mainstream movies and television. A toddler can do it. Even your dog can do it (to an extent). But how much of what we are viewing do we truly comprehend rather than merely ‘recognise’? While film and other media have created a paradigm-shift in how we perceive ourselves and the world around us over the last century, we have become passive in accepting how such huge quantities of information are conveyed to us on a daily basis.

We don’t have to gain an intellectual understanding of film to appreciate it, however developing a sophisticated comprehension of the medium can magnify our appreciation tenfold. An educated palette allows us to see and hear much more than the casual viewer. Barring some sort of impairment, all human beings can perceive and identify visual images. These images however, are interpreted very differently by different cultures. For example, some people looking at the Multistable Figure image will see a duck, while others will recognise a rabbit. This suggests that our ability to fully understand images, both still and moving, depends on learning (by now you should be able to perceive both a duck and rabbit, albeit not at the exact same time). So while everyone can see a film, only those who view it physiologically, ethnographically and psychologically can truly comprehend what they are viewing. 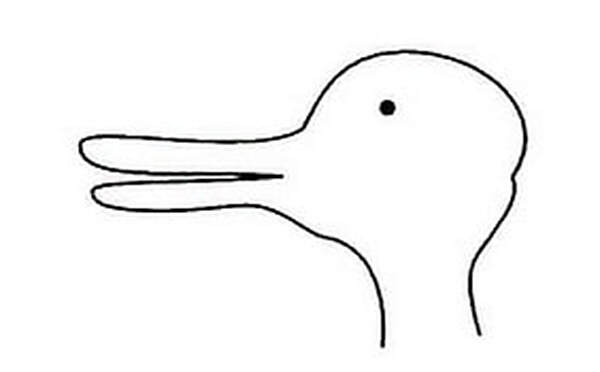 Multistable Figure: Is it a duck or a rabbit?
Unlike many other art forms, film makes statements rather than suggestions, which gives it power over the viewer. It can result in us being lazy, almost passive, participants in the film-viewing experience. This is why learning to increase our abilities to read images helps us understand film better and empower us. By addressing the equilibrium between the medium and viewer, film is elevated to a resonant and vital work of art, rather than a narrow conduit where signifier and signified are almost identical.

Deep Focus Film Studies tries to explain how film operates on us psychologically and how it affects us politically. These two queries are colossal in their scope, and require multiple approaches even to begin answering them…

We are an ever-expanding site, with new content being added all the time. Check in with us as often as possible to get the best from it. Or go one further and contribute! We welcome your thoughts on films, so get writing those articles and reviews for a chance of being published.
​