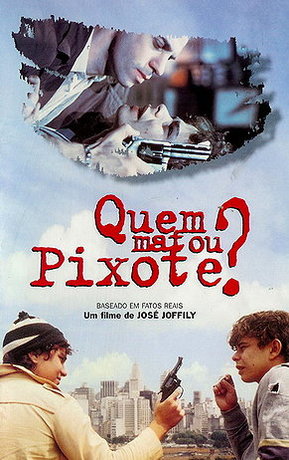 Oh no! I've forgotten how to read! It makes no sense to me!
By Tom Clare

Ever wondered what becomes of child actors who achieve fleeting fame, only to see it evaporate as they head towards adulthood and the struggles of reality? José Joffily attempts to document one instance of this in his engaging dramatised biopic Who Killed Pixote?, a 1996 Brazilian film that charts the brief, turbulent life of child star Fernando Ramos da Silva. Beginning with the highs of becoming the child lead in Hector Babenco’s acclaimed 1981 movie Pixote, the film follows his subsequent fall from grace and death at the hands of police in 1987, when he was just 19 years old.

Who Killed Pixote? is an intelligent, bittersweet story of a boy who dreams of pursuing a life in acting, but is ultimately unable to escape the culture of crime his brothers, who would also die young at the hands of police, involved themselves in. In Fernando (Cassiano Carneiro), we see a man whose life grows inexorably to imitate the art that once saw him adorn billboards, the criminality his character was embroiled with in Pixote slowly becomes the reality he can’t avoid.

Cassiano Carneiro’s portrayal as Fernando is excellent – and is perhaps the standout performance amongst a host of sound efforts. He accurately captures the awkwardness of a teen on the cusp of adulthood, whilst his run-ins with the police leave an indelible mark on his innocent nature. Though the continued battering of his hopes and aspirations by the ever-present hardships of favela life lend him an edge of bitterness in the latter stages, his intermittent dreams of making it as an actor relive the utopian days of his youth. Despite being shepherded into street crime by his brothers, he retains a naivety and fragility that all around him seem keen to exploit.

He is never able to escape the spectre of his youth, something that is captured superbly in the film’s best sequence. In a shot that mimics the film Pixote, we see the child Fernando running desperately through a darkened street, naked, whilst being pursued by a car. But Joffily does more than simply pay homage to this iconic scene – he reworks it smartly, attributing additional meaning by cutting to the adult Fernando taking the place of his young self. A simple trick, but one which makes an exceedingly clever metaphor for his vulnerability, and the uneasy sensation he was being hunted. There’s a sadness in Cassiano Carneiro’s eyes that is also remarkably emotive, and overall he puts in a great showing that galvanises the film.

Whilst his brother Cafu’s (Tuca Andrada) swift transitions between sympathy and sulking jealousy for his actor brother make him a harder character to empathise with, he is nevertheless an interesting figure. Despite the house afforded to his family through the success of Pixote, he remains shrewdly realistic, telling Fernando ‘you can’t eat fame’ – as with many Brazilian families of the late eighties, an ‘honest living’ was barely enough to sustain a family, and his tough love mantra is earnest and street savvy. Cafu’s ramblings about his hard work putting food on the family table seem hypocritical in light of the fact he did so by stealing and selling cars, and in many respects he appears the mirror of Fernando, having cast his dreams aside in favour of a survival-at-any-cost instinct. Confessing that he’d ‘rather go to hell on a full stomach’ proves an apt curio from an uncompromising, though at times oddly likable, figure.

Aside from Fernando’s descent into delinquency, the other strand of the storyline concerns his meeting his lover Cida (Luciana Rigueira). As with many Brazilian films of the nineties, the gloom of day-to-day favela life is often tempered by moments of cautious optimism, and here is no different. Cida encourages Fernando to pursue his acting dream despite his increasing disillusionment and makes for a strong, tenacious and resilient character who offers some of the stories brighter moments, even if she remains mostly in the support-the-male-in-crisis mould. It appears neither the city nor the oft-romanticised humble favelas can offer a way out for the ill-fated Fernando however, and the film’s direction plays expertly on the disquieting sensation that as time passes, all paths to redemption are closing and Fernando’s fate seems somehow inescapable. 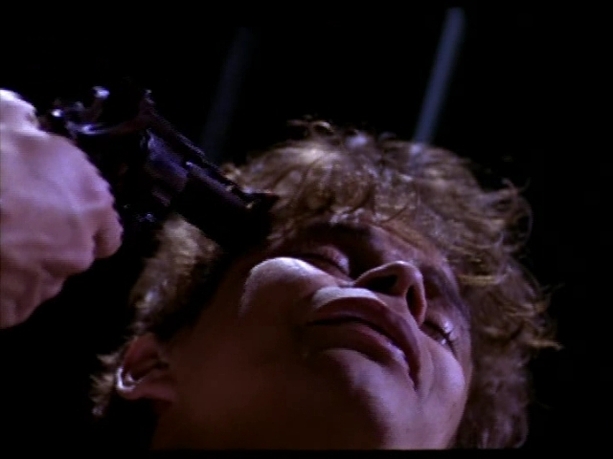 'Afternoons In Utopia' may not have been Alphaville's best album, but Marion Gold certainly didn't deserve to be treated like this!
Made during Brazil’s nineties cinematic renaissance, Who Killed Pixote? is awash with slick, fast-paced edits and lively compositions which attractively showcase Fernando’s rise to fame in a barrage of newspaper cuttings, photos and shots of the process (people queuing, buying tickets) of how his stardom developed around Pixote. This montage tactic is cleverly used to provoke an adverse reaction later on when he is arrested, and thanks to an excellent use of music, the director is able to present fully the ominous, fickle and throwaway nature of show business.

With Brazil’s cinematic culture being heavily influenced by television, some of the acting borders on the melodramatic at times. Creating an officer who positively snarls with malice is one way of implicating the police’s role in Fernando’s death, though the personal vendetta is overdone. The final scene in an abandoned warehouse is straight out of a clichéd gangster movie, events diverge significantly from records of Fernando’s actual death that say he was killed in his home, and thus it feels like an accurate conclusion is sacrificed in favour of a Hollywood ending. Likewise, reconciliation with Cida that sees him re-enact part of Romeo & Juliet as a means of symbolising a sudden rebirth in his love of acting, seems there purely for a quick shot of sentimentality.

Still, Who Killed Pixote? is a film that does service to the tragic life of Fernando Ramos da Silva. His character is well rounded and the full-blooded performance of Cassiano Carneiro brands him a magnetic presence. Despite liberties being taken with certain elements of the story, perhaps in order to make it more commercially viable, a coherently delivered narrative and impressive cinematography make for a gripping, emotionally charged feature.
google-site-verification=Y3-8-31UQl356DJGt0gGqGanXuW0x9BrRhDMnAhkqzA