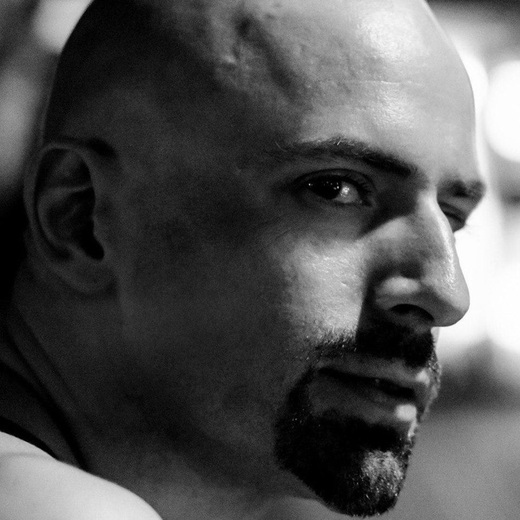 Kurtz Frausun is an award-winning film maker specialising in underground and gay cinema. Famous for being an outspoken and frank rebel in the industry, he took some time out from editing his recent documentary ‘Candid Love‘ to talk exclusively with DeepFocusFilmStudies.com about love, death, the freedom of dreams, 1980s Choose Your Own Adventure books, film quotes that sum up his weltanshauung, his fight against complacency, the A-Ha moments of film-making, the great and the not-so-great propaganda of WWII, how technology is going to change the future of films, losing his sanity in a basement, and, among many other things, why punk bands shouldn't have to live in vans and sleep on floors for your entertainment.

Oh, and of course his movies.

What makes a great film for you, what do you look for as a viewer?

The great thing about being a filmmaker is you can watch something and privately critique it with surgical eyes. How would I have shot that differently? If I were to edit it, what would I do? You can be inspired for your projects. The downside is, after starting to make movies, I can't just be a viewer anymore. Even the films I love, from B-grade horror to historical dramas to porn, ends up being "reviewed." Like a restaurant critic that just can't sit and enjoy a meal without studying it in their mind or making notes, I can't shut down my brain any more and just let go like I once did.

I think a brilliant film though is one that moves the audience. I'm not so aloof that I can't be touched by cinema without the concerns of a director. There's a beautiful scene in Immortal Beloved (1994) where Beethoven (Gary Oldman) explains what music is, "It is the power of music to carry one directly into the mental state of the composer. The listener has no choice. It is like hypnotism. So, now... What was in my mind when I wrote this? Hmm? A man is trying to reach his lover. His carriage has broken down in the rain. The wheels stuck in the mud. She will only wait so long. This...is the sound of his agitation."

That's probably the most accurate quote ever to describe music and film. A movie has to move me. And I'm a harsh critic that watches a lot. If you can create something so powerful that it gets past the "director's filter" and touches my soul, you have a winner. I'm not susceptible to the usual Barnum and Bailey tricks. But if you can make me jump from a horror film, cry to a "chick flick," or cheer when there is a victory, that's a winner.
What would you say is your favourite film of all-time?

That would have to be Leni Riefenstahl’s Nazi propaganda piece Triumph of the Will (1935). It is a film that blends politics, art and movies in such a powerful way that it played a key role in inspiring a nation to support horrible acts. But what artist wouldn't want their film to have a national and immortal impact?

The film is perfect - the camera shots, the mythical poetry of scenes, and even the sound. Back in America Frank Capra, who gave us the dreadful It's a Wonderful Life (1946) made a propaganda movie called Why We Fight (1942). It's TERRIBLE. So obviously a piece of propaganda, with really bad acting. Meanwhile the Soviets had films where workers were dancing in factories about the joy of The State. Compare that to what the Germans were doing – Olympia (1938) took a sporting event and turned it into an opera!

Your last film, Catalysis, is a silent movie. Were you inspired at all by films from before the 'talkie' era?

I think Phantom of the Opera (1925) with Lon Chaney is a master work. I love Battleship Potemkin (1925), Nosferatu (1922), and actors like Charlie Chaplin and Buster Keaton, and directors such as Fritz Lang and Sergei Eisenstein. The Passion of Joan of Arc (1928) and Haxan (1922) is greater than any crap Hollywood can piss out today. I dare someone to watch Renée Jeanne Falconetti's performance and not tell me that's the greatest acting ever captured on film.

I'm also heavily inspired by films that made the transition from silent to talkies, limited dialogue compared to what we see today, but still possessing the soul of Silent - Old Dark House (1932), Freaks (1932), and so on.

Catalysis is a 'choose your own adventure' film where the viewer gets to make decisions that affect the main character. What drew you to such a medium and do you not feel it takes something away from the artistic control of the director?

I'm a child of the 80's and love Choose Your Own Adventure books. I once did an essay based on one of them for school. I got an F because my teacher said everyone would have a different experience and therefore my report wasn't a true representation of the novel. But the books have always been important to me. I loved the idea of taking charge and being a leader in the character's lives.

Film, as I see it today, is dying. Millenials, and their need for interactivity through social media, will create a new road to movies and music. Just like what William Castle did back in the day, we need to have more experiences that draw the audience in... And NOT that horrible 3-D shit. I see a day where the audience determines how the film ends based on apps - download it, choose the direction, and the film goes according to the voice of the masses.

This won't doom the creative process because the director gives limited choices for the crowd. It's like filling a room full of people with drugs, guns and whiskey. The creation is done through what is provided, in the landscape. It's the viewer's decision to take a road towards salvation by walking away or doing a line and putting a bullet in someone's brain. Which is fine with me, as long as we get it on film, and they sign a release of course. In fact, I'd love to make a movie like that. A room full of drugs, guns and booze. Press record and let the blood fill the place.

Peacock is a film about an artist lost in a surrealistic landscape searching for his muse, so with that in mind do you feel that Catalysis is a sequel of sorts as it raises questions about artists and their source of power?

Peacock is meant to be pure madness. I shot the film during a dark time of my life. I spent 2 months editing the movie, sleeping an average of 2 hours a night. Eventually I went crazy. Started to hallucinate during the process. I heard voices, saw beings that would surround me while I worked. I was in an empty basement at the time.

Catalysis is an introspective prayer. I wanted to capture the feeling of still being lost, but accepting what comes. Words of the Damned is a true sequel to Peacock. Searching is over. Or is it? There is one more step to take. There is always hope and a new road where there is life.

Is it possible to 'sell out' as a film-maker? What does that mean to you?

That's a tough question to answer. What really is selling out? I love listening to Punk music and probably the number one complaint you hear from fans is "They were great before they sold out..." Sold out to what? The minute they signed a record deal they "sold out." But do you expect them to live in a van and sleep on floors for your entertainment? They have to make a living somehow. Now if that band listens to some asshole record exec and they scrap their sound for "pop," then yes, there is a degree that they have sold their souls.

But I've known filmmakers, goods friends even, that have done some of the crappiest "film and forget" projects just so they can pay the bills. Then they use that money to fund their REAL passion, movies that they would never get funding for because nobody wants to take chances...some strange, brilliant movie that a small percentage get to see, but never forget.


A review of Candid Love, Frausun’s documentary about a difficult gay relationship in Texas can be read here, where the film can also be viewed in full.

Keep up to date with Kurtz' career by following him on Twitter and checking out his official website.
google-site-verification=Y3-8-31UQl356DJGt0gGqGanXuW0x9BrRhDMnAhkqzA