A BIG SHORT SPOTLIGHT: Looking Back at Cinema in January 2016

​The mood only grew worse a few days later when actor Alan Rickman died. Fans of the Harry Potter series mourned the loss of Rickman, who portrayed Severus Snape in the franchise, however older movie-goers may have better remembered him as chief villain Hans Gruber in Die Hard (1988). His death was particularly tragic since the actor had only recently returned to directing, a passion he had put on hold for over a decade in order to meet the demands of his Harry Potter role. As a director his contributions to cinema will now forever remain 1997’s The Winter Guest and 2015’s A Little Chaos. It isn’t the last we’ll see of him however, as his final performance will be viewed by millions this summer as the Blue Caterpillar in Alice Through The Looking Glass (2016). 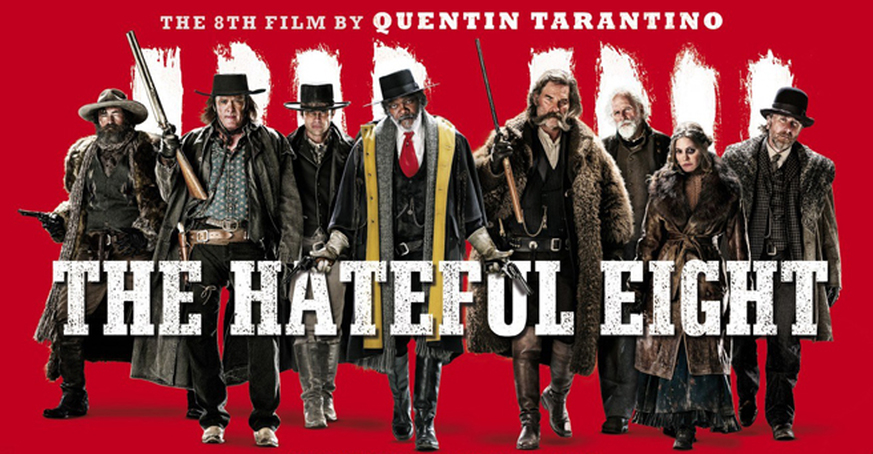 EIGHTH WONDER OF THE CINEMA:Tarantino made several enemies during the distribution stage of his latest film The Hateful Eight
GOING FOR GOLD
​Of course January is traditionally a month of films vying for Oscar gold, and 2016 was no exception. First to stake a claim was David O. Russell’s Joy (2015), which after much ‘Oscar chatter’ failed to emulate his previous Jennifer Lawrence collaboration, American Hustle (2013), and managed only one nomination (Best Actress) as opposed to their other film’s ten. At the moment Leonardo DiCaprio’s January release The Revenant (2016) looks set to clean up at the ceremony with no less than 12 nominations (including Best Picture and Leading Actor), with its closest competitor for most awards being last year’s Mad Max: Fury Road (2015), which has 10.

In fact 4 of the 8 Best picture nominees were released in January (in the UK). Adam McKay’s The Big Short (2016) made a slight, if unusual, comical impact as it attempted to explain the financial crash of 2008, Irish-Canadian production Room (2015), despite being considerably less lucrative than any of its contenders seems to have been a favourite with audiences, and Spotlight (2015) captured the paedophile-hunting mood of current times by going hard on the church.
#OscarsSoWhite
FILM OF THE MONTH: 13 HOURS
It may not be as nuanced or self-reflective as it could have been in the hands of someone more, erm, grown up, but one can’t help but think that if the film had been released under a fake director name then it would have been more openly accepted by critics. This is why we decided to make it the DFFS Film Of The Month.