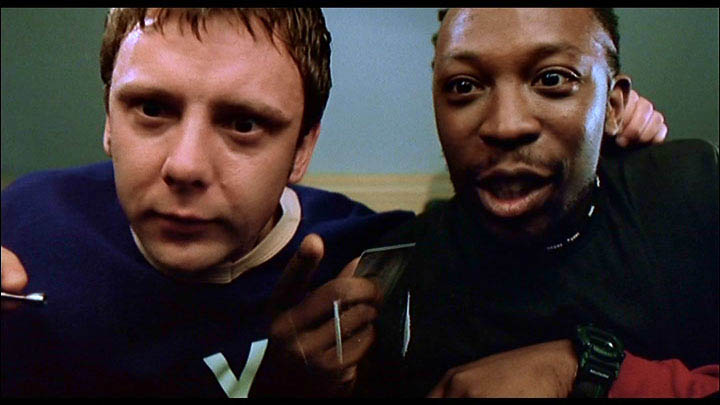 The Weekend Has Landed!
'LIVING ON DIFFERENT PLANETS'
WHEN THE REAL IS NO LONGER POSSIBLE
Clare claims that the club is ‘a constructed environment, totally artificial’ but that ‘the feelings you feel are very genuine and true feelings of joy and happiness’ (115) and this conflict between the artificial and the real, between illusion and reality, is brought to the forefront of the film’s concerns. Towards the end of the night, the camera shots begin to blur and the lines between certainty and uncertainty blur with it, as Jip begins his ‘fantasy is a part of reality’ monologue. He claims that ‘the present has gone’, immediately expelling any trace of temporal reality, before turning to the very defining of that concept. He describes a loss of ‘pain’ and ‘hurt’, banishing what are often perceived as some of the most fundamental and defining features of reality and humanity but later refers to ‘love’ and being ‘happy’. He emphasises what Rief calls the ‘falseness of the simulacrum’ (111) by later claiming, ‘I wish this was real.’ Kerrigan’s deliberate attempt here at confusing and, to an extent, infuriating and isolating the audience is a further example of the way in which Human Traffic denies the presence of any reality; even the hedonistic protagonists who spend the film searching for their own reality cannot define it. The speech moves into the realm of metaphor when Jip describes himself and his friends as ‘spacemen orbiting the Earth’, distancing them from truth, reality and society. Baudrillard’s claim that ‘it becomes impossible to distinguish what is real and what is a sign or image of the real’ (98) is vindicated here.
HYPER-REAL: Es ARE GOOD?